Roller bearing clutch bearing is a relatively important part of the car. If the maintenance fails, failure will not only cause economic loss, but also a lot of work hours. Therefore, to clarify the cause of the failure of the clutch release bearing, and to maintain and maintain it in a reasonable manner, it is of great significance to extend the life of the release bearing, increase the labor productivity, and achieve better economic benefits. 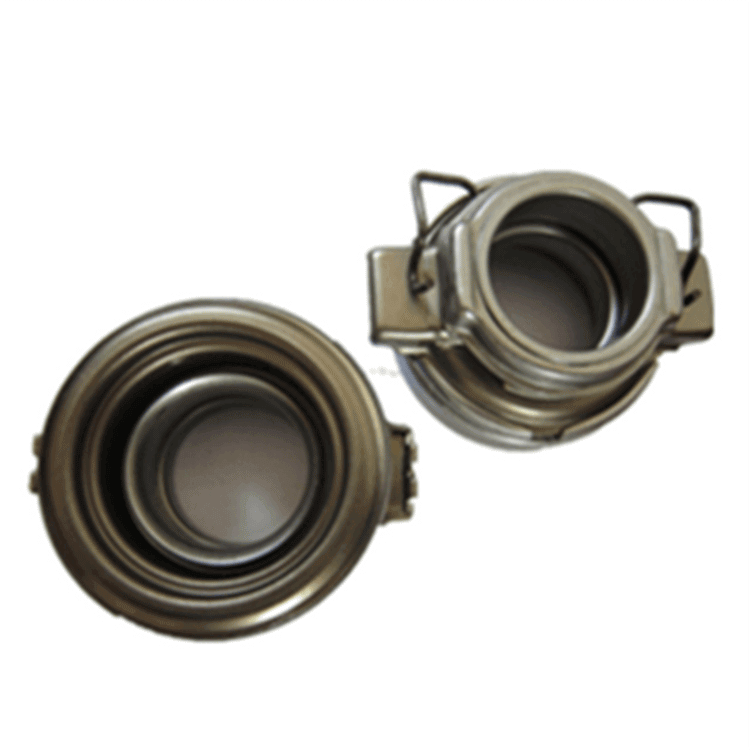 effect:
The roller bearing clutch bearing is installed between the clutch and the transmission. The release bearing seat loosely fits over the tubular extension of the first bearing cover of the transmission. Through the return spring, the shoulder of the release bearing always abuts against the release fork, and retreat to the final position. , Maintain a clearance of about 3 to 4 mm with the end of the separation lever (separation finger).
Since the clutch pressure plate, the release lever and the engine crankshaft operate synchronously, and the release fork can only move axially along the clutch output shaft, it is obviously not possible to directly use the release fork to disengage the release lever. By separating the bearing, the release lever can be rotated along one side. The clutch output shaft moves axially to ensure smooth clutch engagement, gentle separation, reduced wear, and extended clutch and overall driveline service life.
performance
roller bearing clutch bearing movement should be flexible, no sharp sound or stuck phenomenon, its axial clearance shall not exceed 0.60mm, inner race wear shall not exceed 0.30mm. 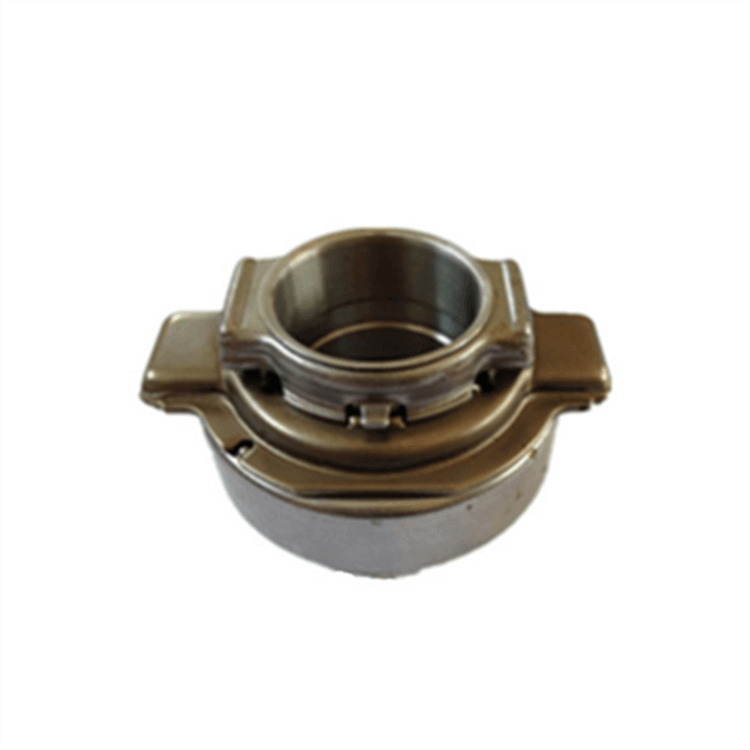 malfunction
If the roller bearing clutch bearing does not meet the above requirements, it is considered as a failure. After a fault occurs, it is first necessary to determine which of the phenomena is a broken bearing. After the engine is started, the clutch pedal is lightly pressed. When the free stroke is just removed, the “sand” or “click” sounds and the clutch pedal is continued. If the sound disappears, it is not a separate bearing problem. If there is still noise, the bearing is separated. ring.
When checking, the bottom cover of the clutch can be removed, and then a few accelerator pedals can be pressed to slightly increase the engine speed. If the noise increases, you can observe whether there is Mars. If there is Mars, the clutch release bearing is damaged. If Mars is in the shape of a ball, it means that the bearing of the release ball is broken. If there is no Mars, but there is a sound of metal crushing, it indicates excessive wear. 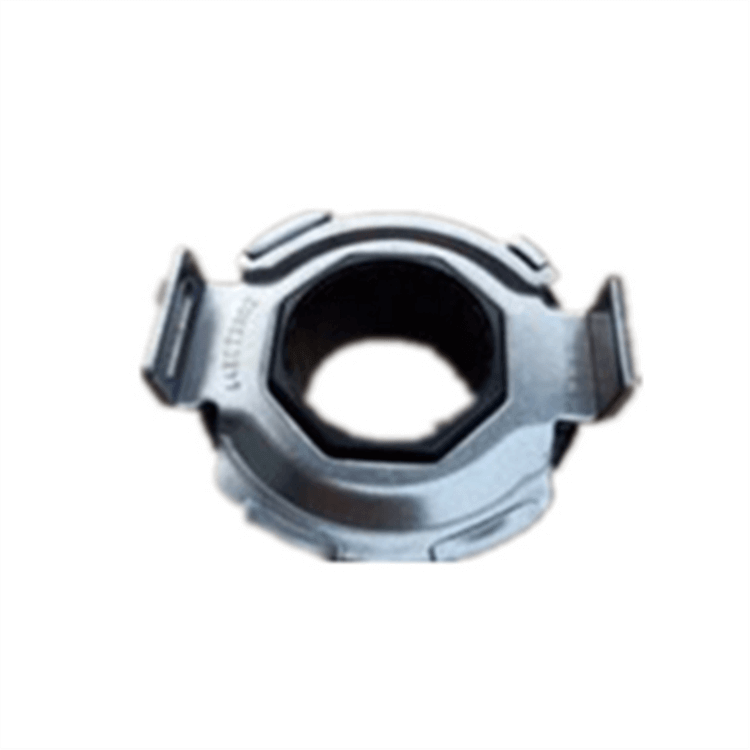 Cause of damage
The damage of the roller bearing clutch bearinghas a lot to do with the driver's operation, maintenance, and adjustment. The causes of damage are as follows:
1) Overheated operating temperature
Many drivers often half-turn the clutch when turning or decelerating, and some of the rear legs of the driver are still on the clutch pedal; some vehicles have too large free stroke adjustment, so that the clutch is not completely separated and is in a state of semi-split and semi-detachment. Caused by dry friction and a lot of heat transfer to the separation bearing, the bearing heat reaches a certain temperature, the butter melts or dilutes the flow, so that the temperature of the separating bearing is further increased, and it burns out when the temperature reaches a certain level.
2) Worn out of lubricant
The roller bearing clutch bearing is lubricated with butter. There are two ways to add butter. For 360111 release bearings, the bearing cover should be opened and filled with grease during maintenance or removal of the transmission, and then the cover should be reinstalled. It can be combined; for the 788611K release bearing, it can be removed by placing it in molten grease, boiled, removed after cooling, and can achieve the purpose of lubrication. In practice, it is easy for the driver to ignore this, causing the clutch to disengage the bearings from oil. In the case of no lubrication or less lubrication, the amount of wear of the release bearing is often several to several tens of times the amount of wear after lubrication. As the wear increases, the temperature will also increase greatly, which will make it more vulnerable to damage.
3) The free travel is too small or overloaded
According to the requirements, the clearance between the general clutch release bearing and the release lever is 2.5mm, which is reflected in the free travel of the clutch pedal is 30-40mm, the free stroke is too small or there is no free travel at all, it will make the separation lever The release bearing is normally engaged. According to the principle of fatigue failure, the longer the working time of the bearing, the more severe the damage is. The more times the load is carried, the more easily the release bearing is fatigued. And the longer the working time, the higher the temperature of the bearing, the more easily burned, reducing the service life of the separation bearing.
4) In addition to the above three reasons, whether the separation lever is adjusted to be smooth or not, and whether the return spring of the separation bearing is good or not has a great influence on the damage of the separation bearing. 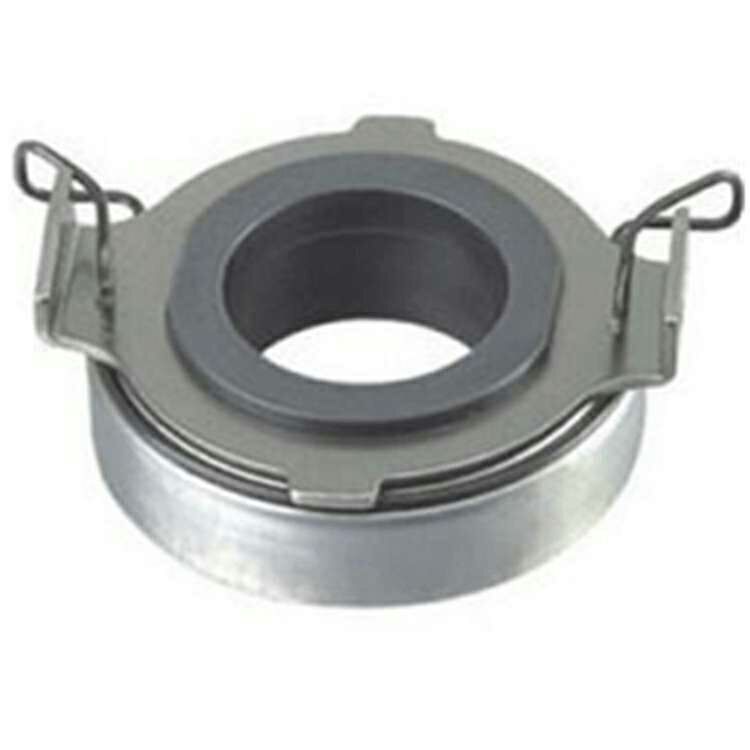 Use caution
1) According to the operation regulations, avoid the half-split half-split state of the clutch and reduce the number of clutch applications.
2) Pay attention to maintenance. Regularly or at the time of annual inspection and maintenance, soak the butter with cooking method to make it full of lubricant.
3) Pay attention to leveling the clutch release lever to ensure that the elasticity of the return spring complies with the regulations.
4) Adjust the free stroke to meet the requirements (30-40mm) and prevent the free stroke from being too large or too small.
5) Minimize the number of joints, separations, and shock loads.
6) Lightly step on and relax, allowing it to engage and separate smoothly.